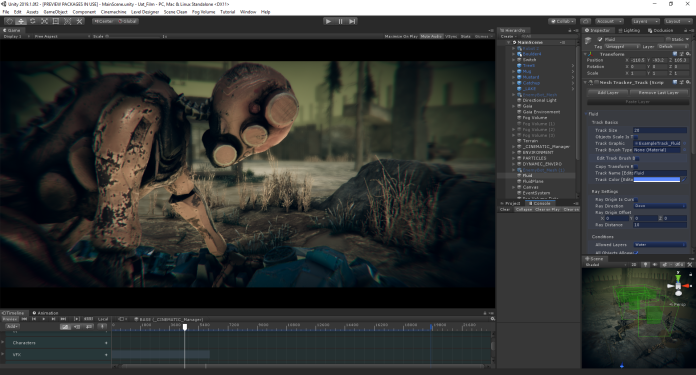 NEURO is a CGI short animated student film rendered realtime in Unity Engine about energy and justice. It was really challenging for me to use such an unusual techinque [realtime engine software] and go through all parts of the development.

The story begins with the protagonist which is situated in the ‘polluted’ side of the ‘land’ where sun doesn’t shine well and he can’t power up his energy via solar panels. So he has to fight and survive. After the conflict he was sent to the other side of the frontiers, much ‘cleaner’ one. The main character was finally able to power up and walk away to the wild world full of unexpected adventures.

Moral idea of the movie is to motivate people to not to give up of their dreams, but fight to the final bearth even through the all obstacles. If you believe in something and you fight for it, you will definitely reach your goal!

This gave me so much experiences not just in the world of computers and technology development, but also in my personal life.

Thank you all for great support and don’t give up!

This site uses Akismet to reduce spam. Learn how your comment data is processed.